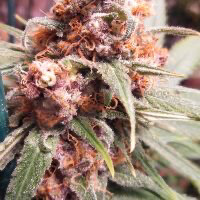 Mother: With a name like ‘Lush as Fu*k’ where do we even begin!? It would be best to start way back at the very beginning of our growing days… with the legendary Black Cherry Soda. BCS just happened to be the very first variety we acquired, ever. A lot of folks don’t believe us, but we have no reason to lie. In fact, a couple of the BIG name breeders in the industry originally got their BCS cut from us during a clone-trade, before they or we, even had a brand name. That’s how long we’ve held onto this cross, and for good reason too. While we praise and promote many strains, we’ll come straight out and say it– Black Cherry Soda stands on a pedestal, above all others, as she quite simply HAS IT ALL. We still regard her to this day as our #1 favorite variety OF ALL TIME as there’s just no denying her massively large yield, her beautiful purple-red coloration (from the inside out), the insanely sweet and unique red skittles/cherry/berry aroma, here shear performance, and outright longevity in the garden. We still flower her every single round.

‘Father’/mother- White IX, the pollen-donor parent of this cross, was bred by Cannarado many years ago. We found this phenotype from seed 4 or 5 years ago ourselves and she’s been a garden stand-out ever since. The fact that we chose her for our very first feminized seed release says a lot! During our very first run though we weren’t quite sure about her because she seemed to grow kinda slow during the vegetative cycle and in flower too, but during weeks 6 through 9 she really put on quite the performance, more than compensating for the shortcomings we thought she might’ve had! Our bad. We were quick to judge and she showed us just how quick she can stack fat buds on those stocky branches of hers. The flowers continued to swell until they toppled over, paying no mind to the support stakes that were tied to them. The leaves generally remain dark green and canoe-upwards because of the resin-rails that encrust the edges of the leaves. The flowers are dense, heavy, and smothered in trichomes. And what about the aroma? She has a loud, deep, dank, pine-skunk, acetone nose… the one that so many folks are fond of. these days. The thing that is so special about her though is that unlike many OGs or Cookie varietals that grow tall and lanky, this lady keeps to herself, staying on the shorter, more compact side throughout her life, which we love. Her many highly desirable traits really shine through in this feminized cross, and others.

We’ve been wanting to name a hemp variety ‘Lush as Fu*k’ for quite some time now, but wanted to reserve it for a feminized seed cross because to give a name like that we just can’t be messing around, so males are out. Of all the incredible plants we keep in our stable we can’t think of two better parents to cross together that will be able to stand up to such a commanding, stately name more than the legendary Black Cherry Soda and the powerhouse White IX plants. Individually, these grow into fat, round, stocky bushes that have abundant branches that stack buds HARD. We would most definitely consider BCS and WIX to be lush… but ‘lush’ just isn’t going to cut it once their chromosomes combine because they innately become something much greater. They DEMAND greater really. So Black Cherry Soda x White IX will not be labeled by a word, but rather a phrase… one that most folks have not said before, and one that is sure to do justice to the magnificence of these plants, and that phrase can only be: ‘Lush as Fu*k’. 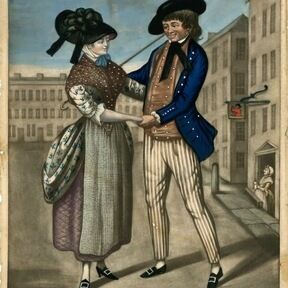